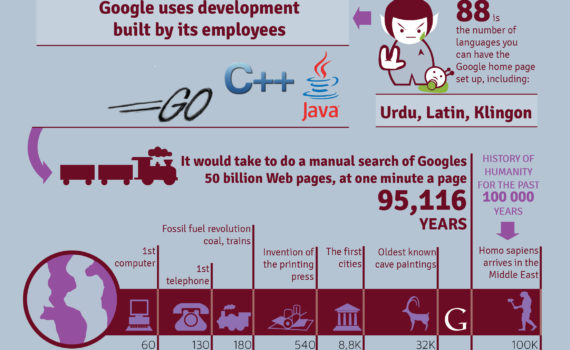 Google came into existence when two students pursuing Ph.D. at Stanford University name Larry Page and Sergey Brin. There are much better to know about Google than their founders and existence and there is always something hidden and this massively successful company has a simple layout though. Google has always done things differently, and that keep things fresh, immersive and consistently progressive.

Let just go through the points about Google and deeply learning about it.

Google has turned into so much more than just a search engine, bringing out the innovative ideas and trying out new things on almost a daily basis. It’s hard to imagine where they’ll venture next, though I’m curious to know what the next Google Doodle is going to be.